Florence is an iOS mobile game that tells the story of a young woman’s first love and subsequent heartbreak.

It is also a masterclass in user interaction design — specifically, how to use interaction to establish character, control pacing, and convey layers of meaning.

I’m going to try to deconstruct how this is done, and why it works so well, through the first act of the game. Needless to say, this requires giving a

before we go any further. In fact, this post is not going to make much sense if you haven’t played through the (fairly short) game, so go download and play it if you have an iPhone! I promise it will be well worth £2.99 and half hour of your time.

Florence begins with the eponymous heroine in bed, being woken up by her alarm clock. The insistent blaring continues until you, as the player, taps the snooze button. But as anyone who has hit snooze on their alarm clock knows, you’re going to have to tap it again pretty soon.

This opening sequence demonstrates one of the things that make user interaction meaningful in Florence: the actions you undertake as the player is often the same as what Florence has to do in-game. You are literally hitting the snooze button (and later, moving a toothbrush back and forth to brush your teech, or shaking a polaroid to develop the image).

This ‘interaction skeuomorphism’ works partly because the game is deliberate in choosing when it asks for user interaction. For example, when time passes in chapter one, as denoted by interstitial screens of a digital clock, it happens without the player having to tap ‘next’ or take any action. This not only speeds the game along, but also reflects how Florence is going through her mundane day in a drone-like manner.

This message is reinforced by the introduction of the progress bar, which is re-used and becomes a theme of chapter one. By showing the progress bar, the game is saying that the actions that you-as-Florence take — brushing your teeth, using social media, working, eating dinner — are meaningful only in so far as it fills up the bar and gets you to the end.

This is further buttressed by the substance of what you are doing in each scene. Whether you choose to like or retweet photos on your Instagram-like app during your commute has no gameplay impact at all. Incidentally, the photos deliberately have their top half, with people’s faces, cropped off just to further make the point that the game is not actually asking you to make a choice about whether you ‘like’ the photo or not.

Similiarly, in the scenes of Florence at work and, later, eating dinner, the progress bar is utterly redundant when it comes to conveying information. In the work scene, it’s clear from the grid of numbers how many more you still have to match up. In the dinner scene, the sushi box clearly has 8 pieces. This means that the progress bar is included not for its apparent purpose of indicating progress, but rather to make an emotional and storytelling point. 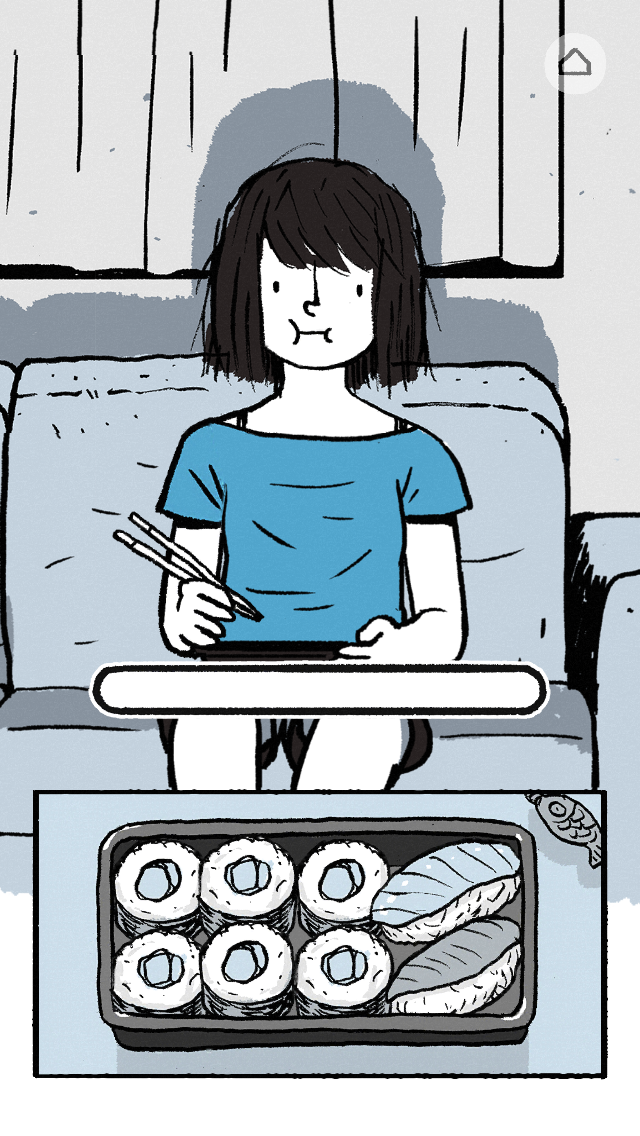 The benefit of establishing and reinforcing these patterns across multiple scenes is that the game then gets to subvert it for storytelling effect. Chapter two, largely a flashback to when Florence was seven years old, also contains scenes where your actions are ultimately meaningless in terms of impacting gameplay. But these scenes, where you decorate a picture of a boat and a butterfly by putting colourful stickers on them, contain no progress bar. That’s because the purpose of that task, for both seven-year-old Florence and you as the player, is to express your creativity. You get many more choices in how to decorate the boat and butterfly than you were given during the tasks in the first scene. There are no right or wrong answers, unlike in the next part of chapter two where you are doing maths homework as a young Florence.

This subversion is a meta-pattern that is repeated through the rest of the game, most notably in the puzzle-piece conversation scenes, as well as the scenes where you are unpacking and packing up belongings.

Chapter two ends with Florence drifting apart from her friends as she grows from seven-years-old into present-day Florence. Time, however, doesn’t pass automatically here. You as the player have to spin the hands of the clockface to advance time. You can spin backwards to relive Florence’s younger days, or even do nothing, but the game will not proceed until you advance time to present-day.

This does two things. It makes you (as player and as Florence) complicit in the drifting apart. This wasn’t just something that happened to you but a life choice. The second effect is pacing. Unlike in chapter one where the time passing was a matter of minutes or at most hours, here we are talking about years, and the spinning-clockface interaction forces you as the player to experience it as a longer period of time.

This control over pacing is even more apparent in chapter three (note the re-appearance of the Instagram-like app to remind players of Florence’s trance-like state of mind). The musical notes that Florence follows appear at slowly and sporadically at first, then speeds up in such a way that you almost involuntarily start tapping faster and more excitedly as Florence gets closer to the source of the music.

Thus ends Act One. What amazes me about Florence is that this level of creativity, craft and care is sustained through five more acts. 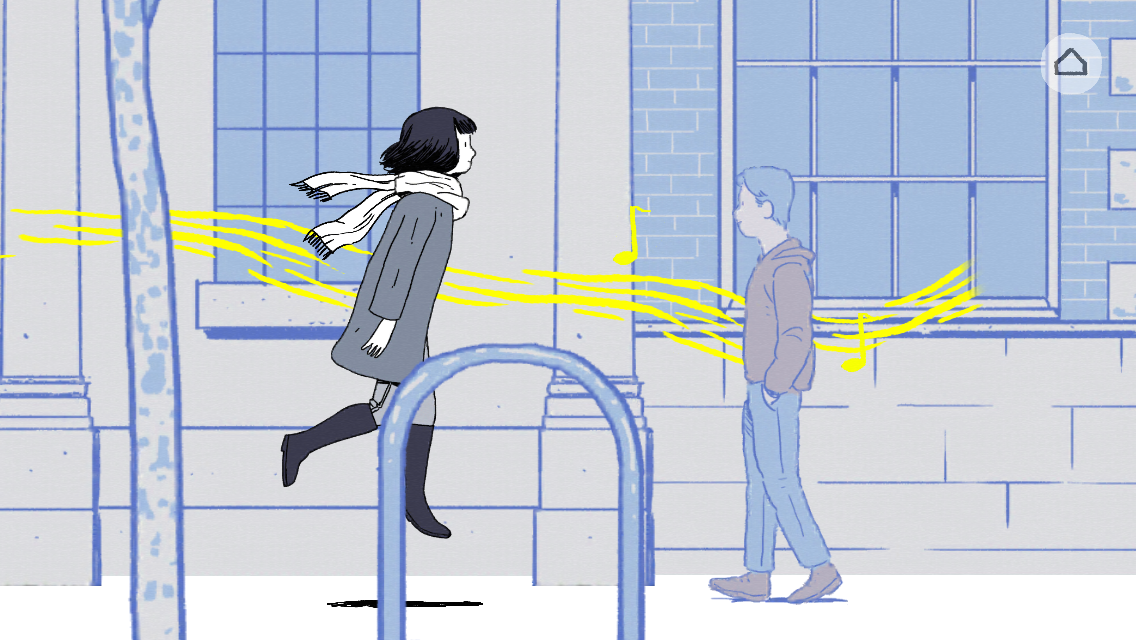