This was a brief talk I gave at the iDocs 2018, a three day event dedicated to the expanding & evolving field of interactive documentary, in Bristol. 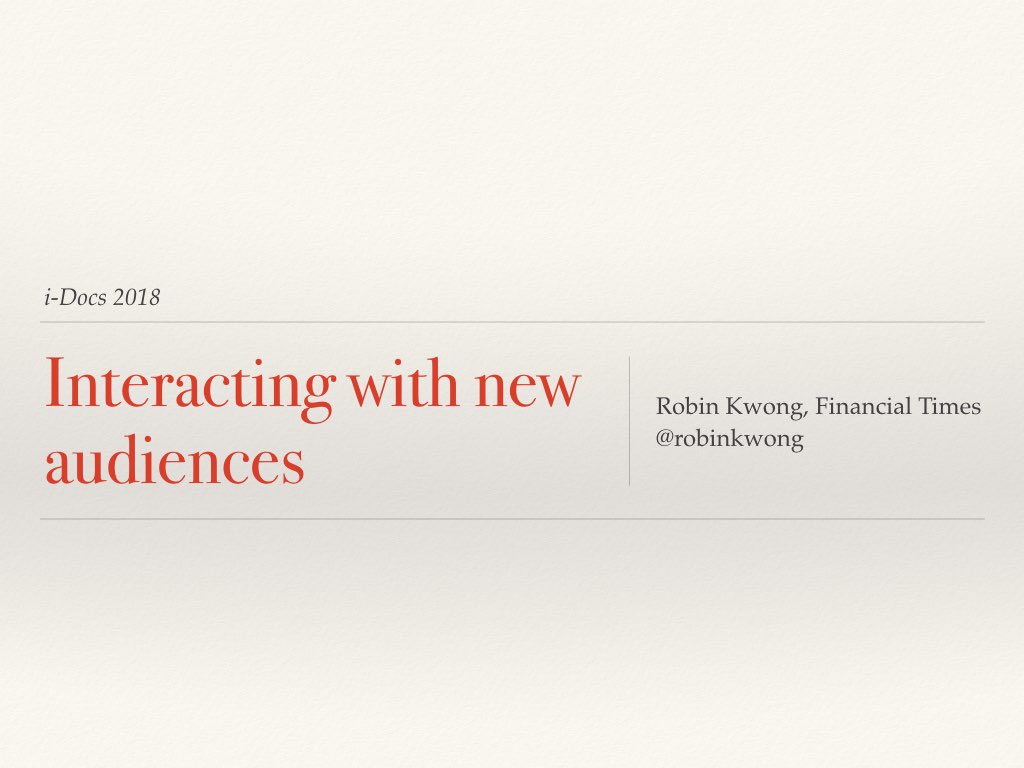 Hi everyone, I’m Robin Kwong, from the Financial Times. I want to tell you all about a project that we did recently and three lessons we learned about engaging with and interacting with new audiences. 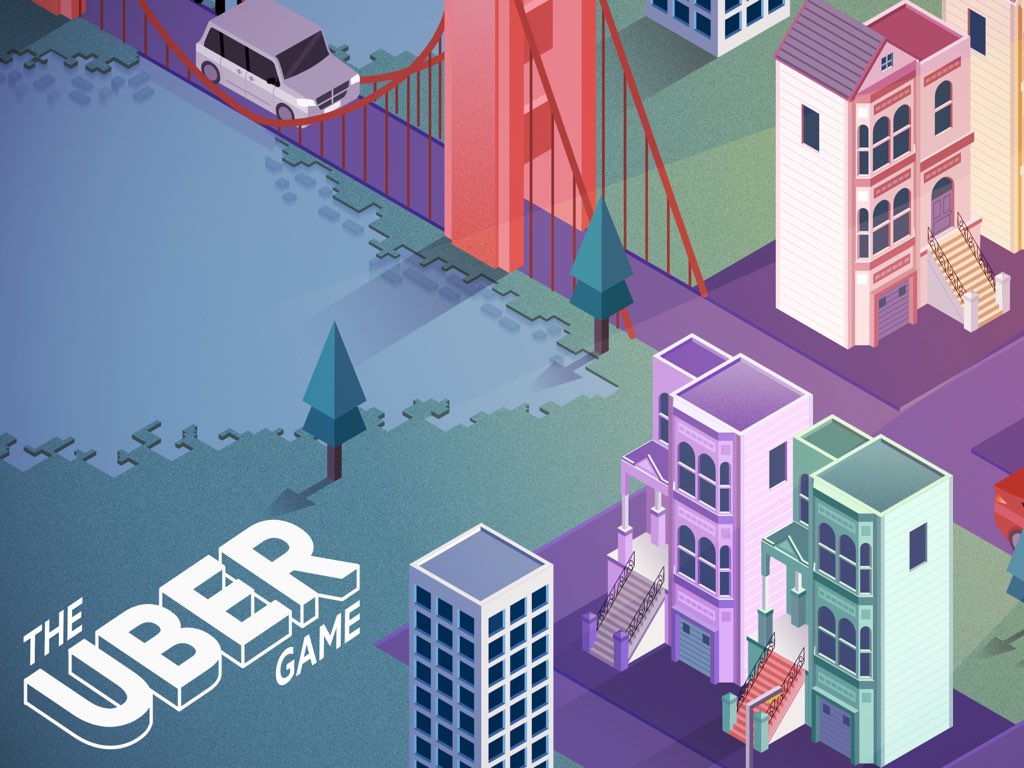 The project is The Uber Game. It’s an interactive newsgame where you are put into the shoes of a full-time Uber driver. You have to make choices in the game, and you win if you earn $1000 in a week.

It’s a free, browser-based game that takes about 10 minutes to play through. It’s a choose-your-own-adventure type game where all the incidents you run into as a driver and the economic model of the game are all based on real reporting - interviews that we did with dozens of Uber drivers. 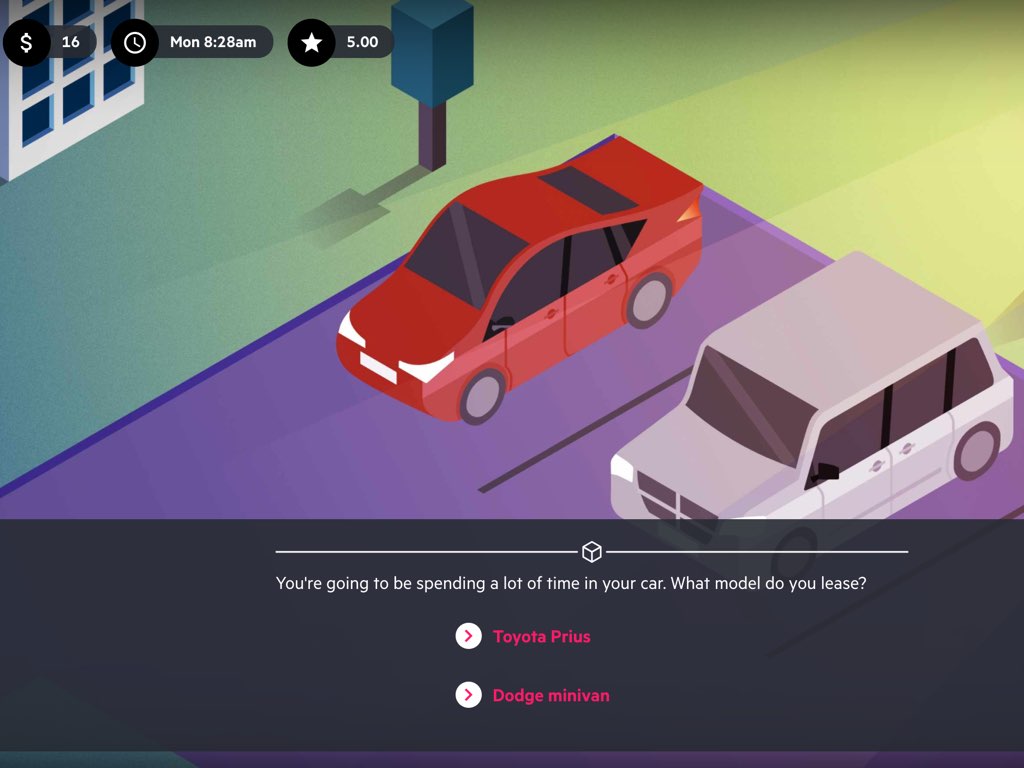 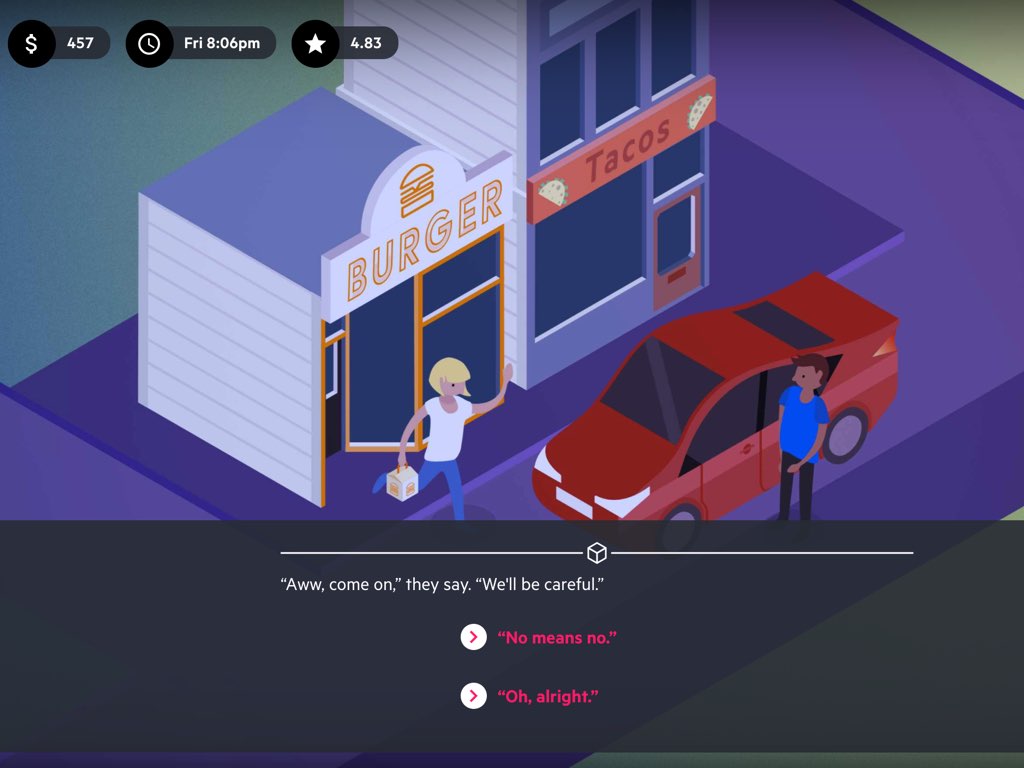 Not to give away any spoilers, but at the end of the game we tell you how you did. This particular playthrough, where I earned only $18, was a particular poor result. 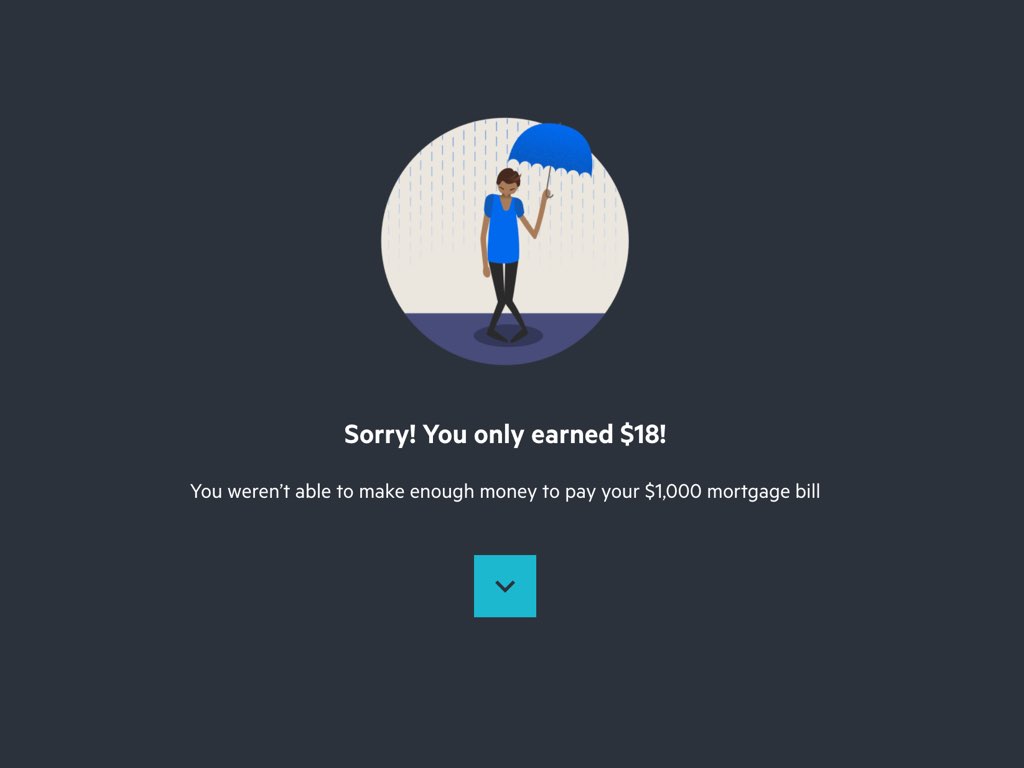 We made this game specifically to reach new audiences, and to experiment with using interactivity in a new way to present journalism. So, what lessons did we learn? 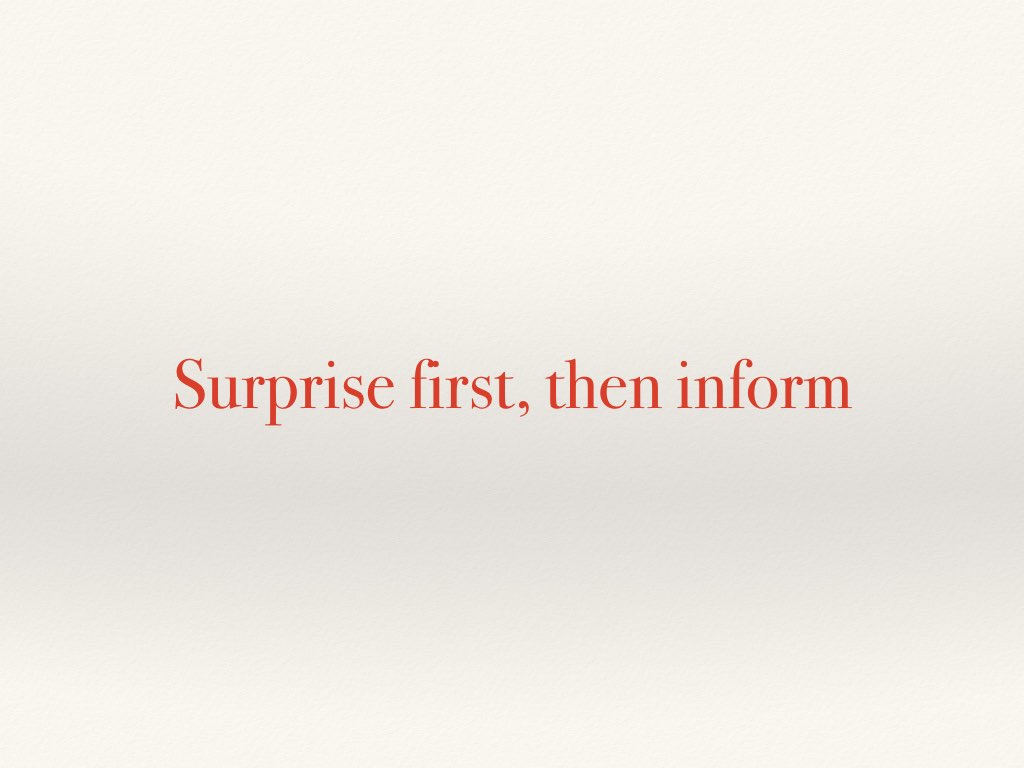 The first is that, no matter how passionate you are about the story you want to tell, or how important you feel it is to inform people about it, you need to grab their attention first. You need to surprise them so that they are intrigued and curious — only then will they give you their time and attention for you to tell your story.

In The Uber Game, we did that by, well, turning the story into a newsgame - a different and unexpected format for people who came across this either on the Financial Times website or through places where they look for news. But also, for people who might’ve come across this cold or saw this initially only as a game, we surprised them by inserting this screen: 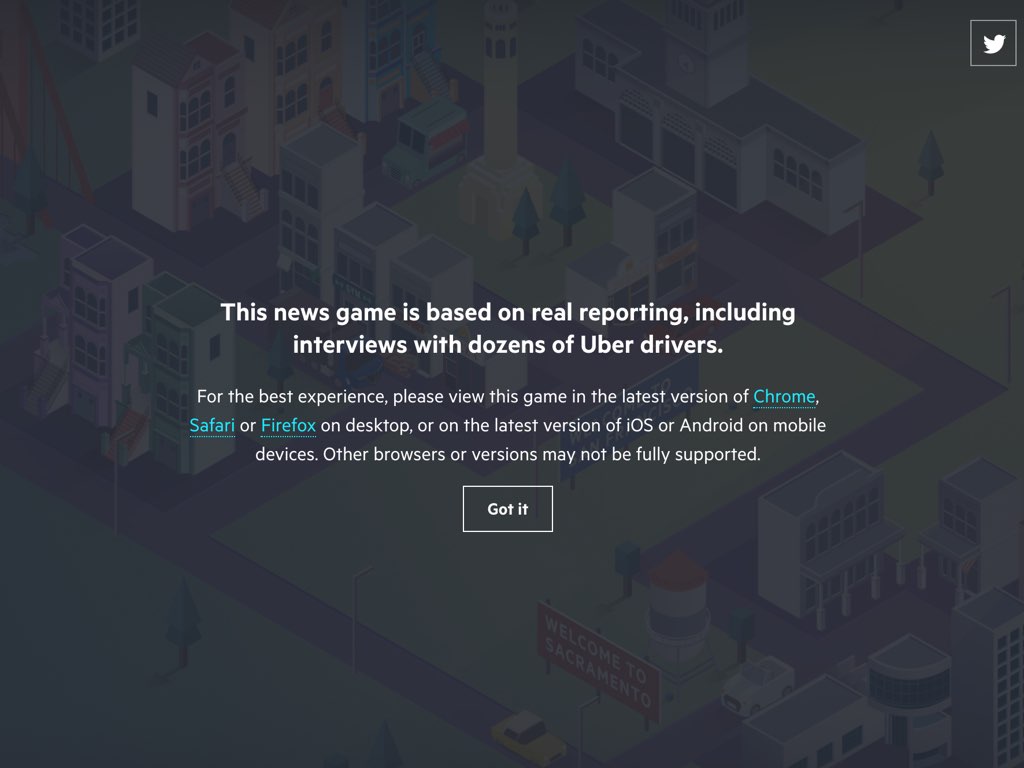 This is the second screen you come across when you open the game, and helps convey that this is not just another game, but - surprise! - it’s also journalism. 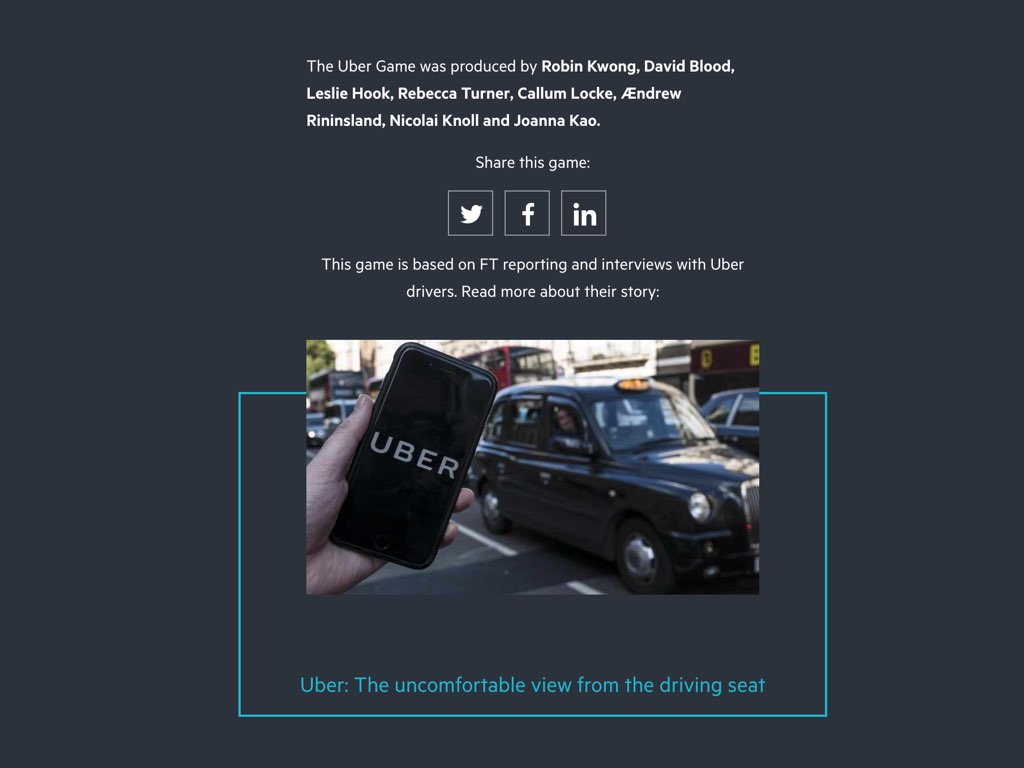 It is only at the end of the game, after you have played through and hopefully enjoyed it, that we ask you to go on to read the more analytical story our reporter Leslie Hook wrote on this issue, if you’re interested in finding more about the context and the broader issues around the plight of full-time Uber drivers.

The Uber Game was a big success for us. It was our third-most read piece of journalism in 2017 with more than 360,000 visits; it kept people engaged for the longest period of time, and around two-thirds of people who started the game played all the way through to the end.

It also definitely achieved the goal of reaching new audiences. 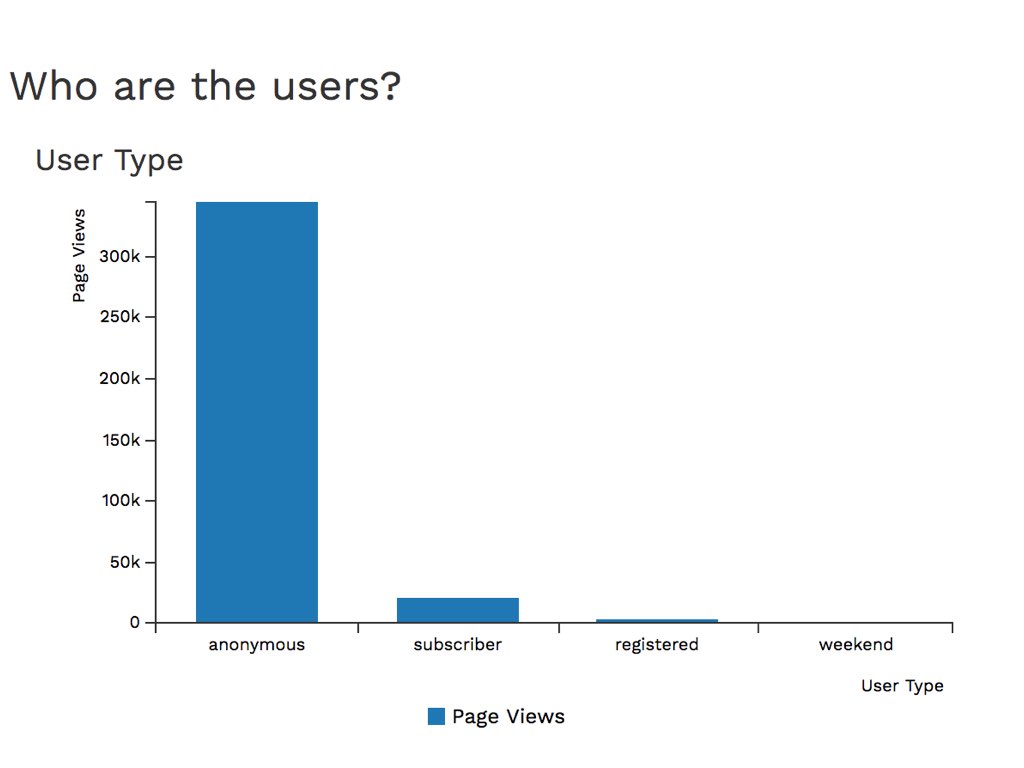 This brings me to the second lesson: 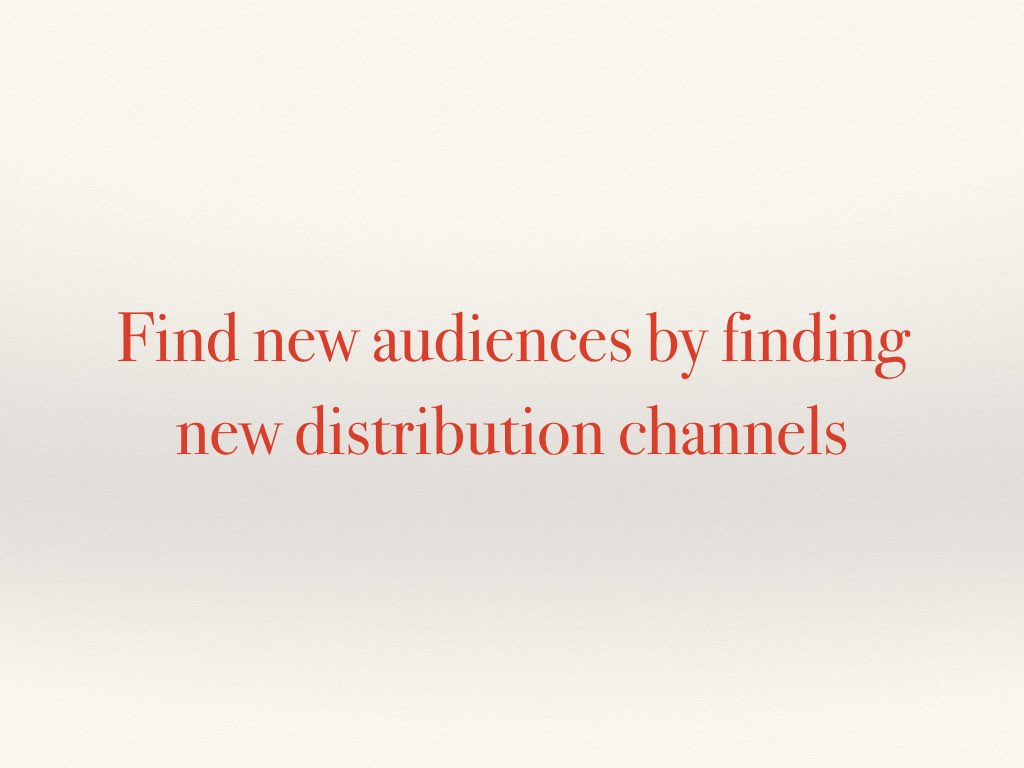 If you want to interact with and reach new audiences, it’s not enough to just do something surprising or in a different format. You need to find different ways for people to find out about your project. We were lucky enough that the Uber Game managed to do that through people who had a voice in these other channels. 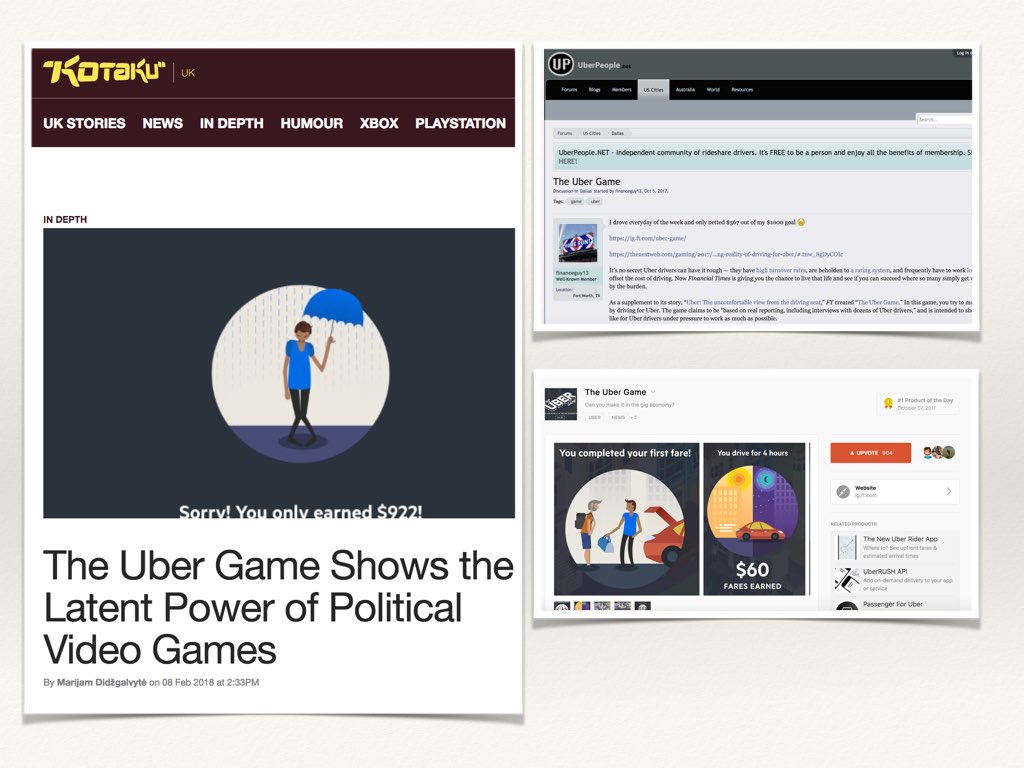 Kotaku UK, a gaming site, wrote about us. The screenshot from the top right shows someone posting about the Uber game in a discussion forum for Uber drivers - it helped that we worked with and spoke to a lot of Uber drivers in the reporting for this game. The one on the bottom is Product Hunt, a site popular with techies. We were the number one product of the day when we launched, which helped give us some publicity. The Uber Game was also covered on design blogs and even had a write-up in the Sun newspaper.

If you do manage to reach new audiences through different channels, and to grab their attention with something surprising, then it’s worth keeping in mind the third lesson: 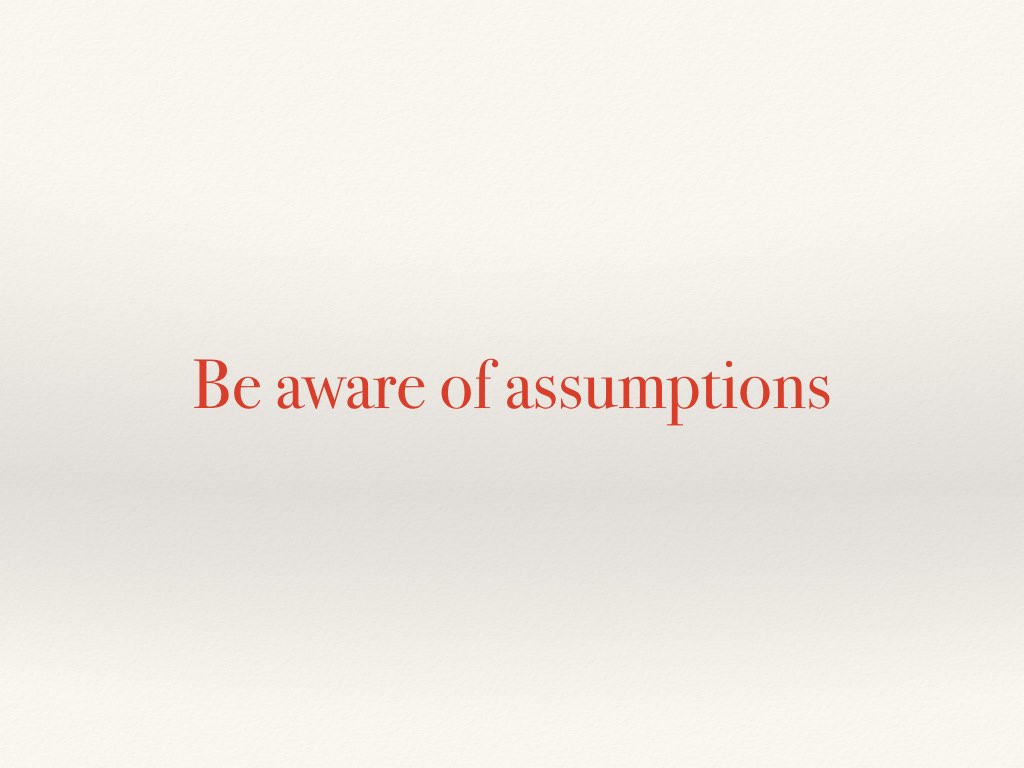 There are two sides to this. The first is your assumptions about the audience and what they know or don’t know. This a very small example of where we weren’t mindful of our assumptions: 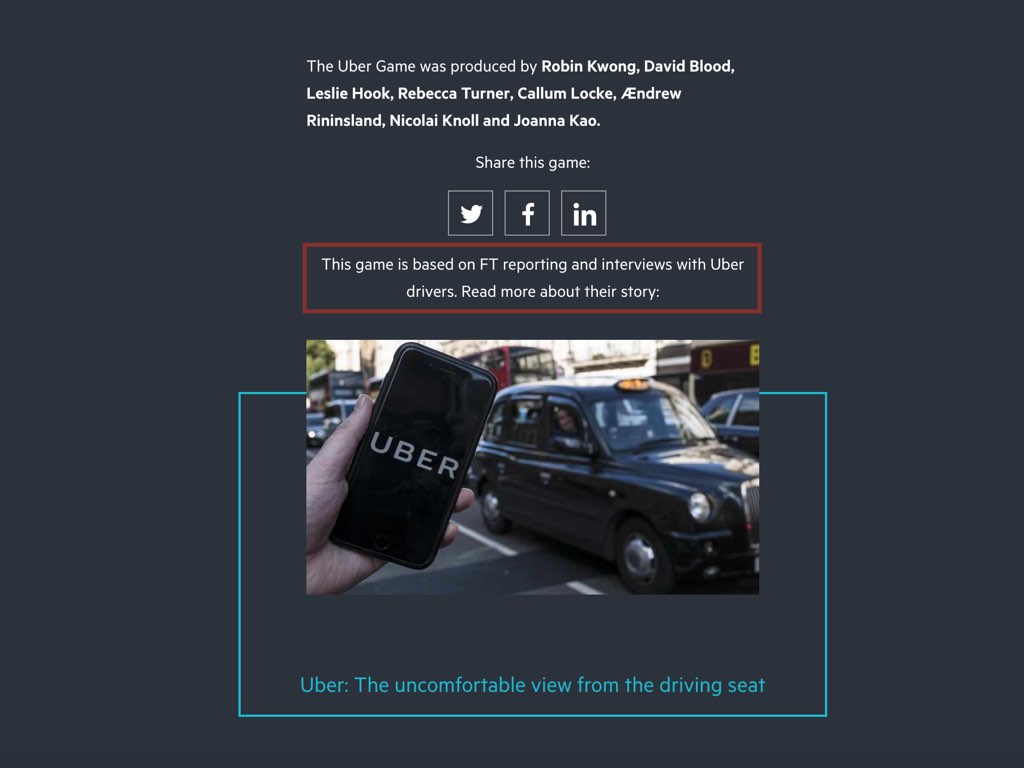 This is the end-screen that I showed earlier. Now, I’ve worked at the Financial Times for 10 years, and pretty much everyone on the project team was based in London, so of course we assumed it would be obvious that ‘FT’ stands for ‘Financial Times’.

We found out that this was not the case when a Youtuber posted a ‘Let’s Play’ video, filming himself playing through the game and reading the text out loud. He got really confused when he read that sentence out: “Based on… FT… hmm… full time reporting?”

The other side of this are the assumptions that your audience brings to your work. 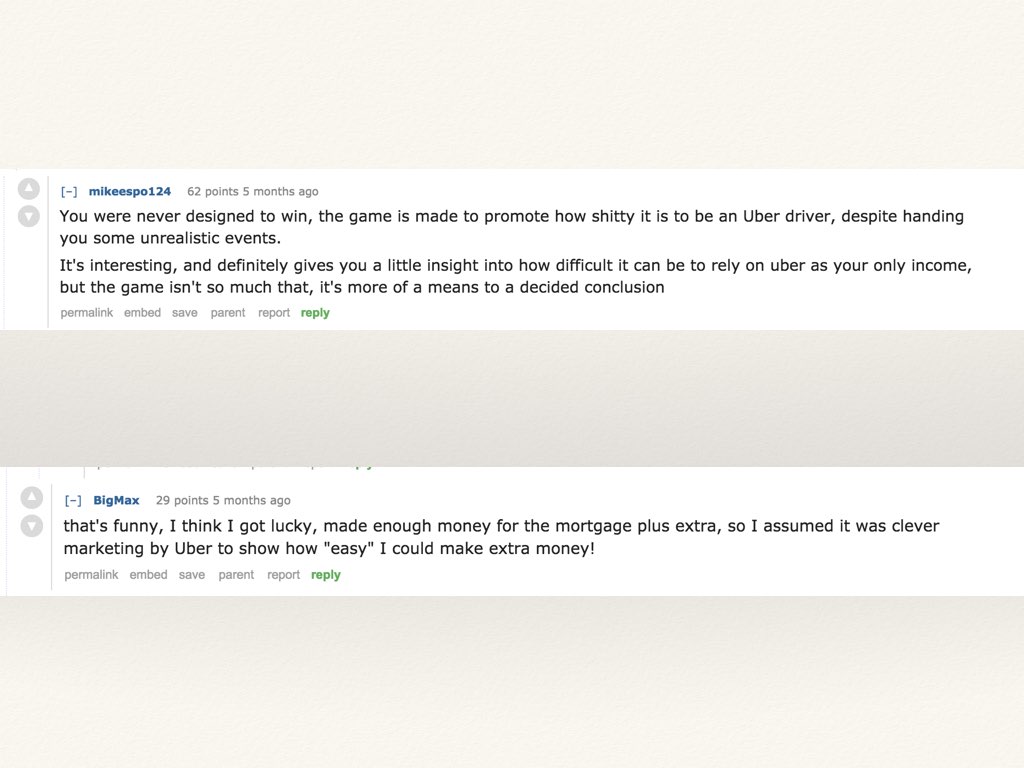 This was from Reddit, and in fact it was from the comments on the same Reddit post. mikeespo124 and BigMax clearly both assumed very different authorial intent based on their experience of the game.

This is largely outside your control as the maker, especially if you are creating an interactive project where the player participates in authoring their experience.

However, if you are aware of what assumptions people might bring when they experience your work, you can sometimes use it to your advantage.

This is from the same Kotaku article I showed earlier: 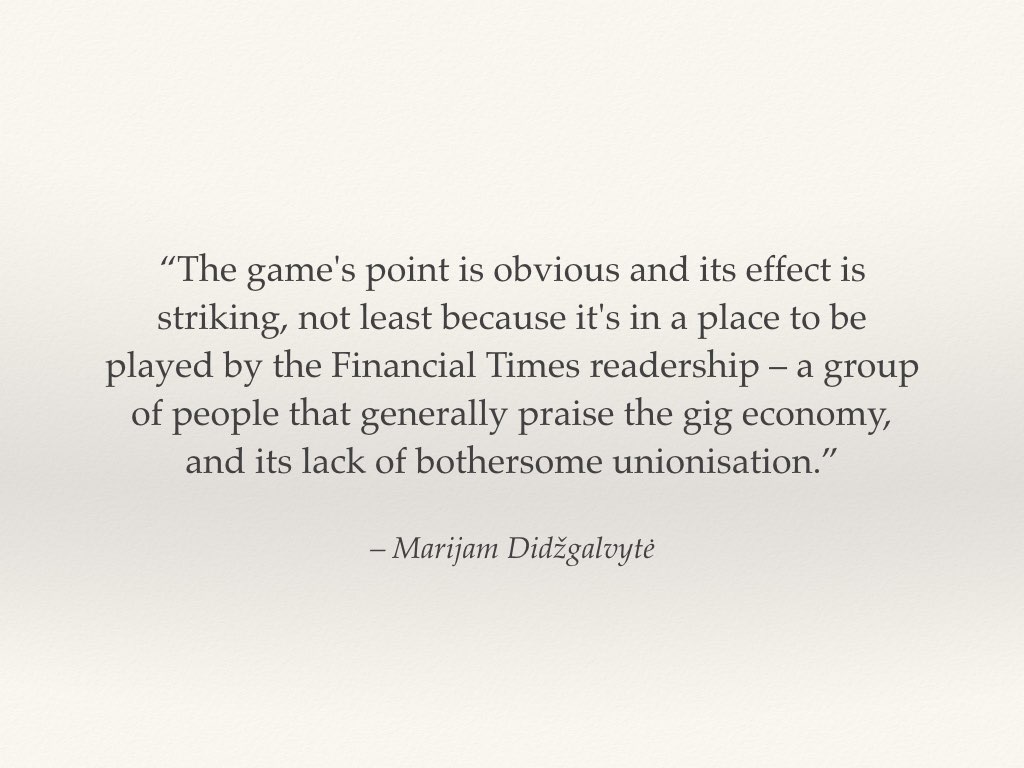 Marijam goes on to speculate the game’s impact might have been less if it was produced instead by the Guardian, which is generally seen as more left-leaning than the Financial Times.

In a way, this takes us full circle back to the first lesson in interacting with new audiences: Surprise, then inform. 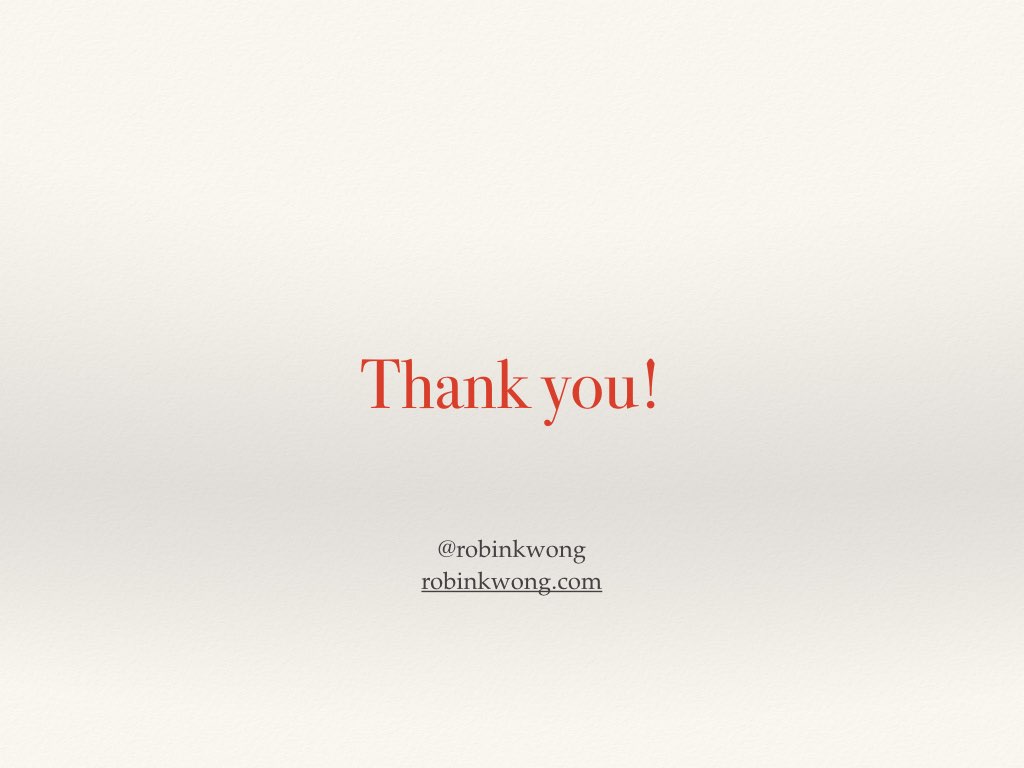 What to read next: Games and Empathy