Reflections on The Uber Game, one year on

A year ago, we published the Uber Game, a newsgame that puts players into the shoes of a full-time Uber driver. It was an exploration how interactive storytelling can be used in service of journalism — and an experiment in fostering curiosity about the news.

This past year has been a good one for the Uber Game. Besides quickly becoming one of the most read pieces of journalism published by the Financial Times in 2017, it has won a number of awards: at the Society of News Design, Online Journalism Awards, the Intenational Serious Play Awards and the Malofiej International Infographics Awards, and shortlisted at the Gerald Loeb and Data Journalism Awards.

Shortly after the game was published, our team wrote about the process of making it. I was interviewed, and gave presentations about the game. These opportunities for reflection mostly focussed on a particular aspect of making the game, or telling people about the immediate metrics of success (pageviews, completion rates, etc) we tracked.

With the benefit of some distance, I’d like to write a bit more about the less-proximate causes and effects of The Uber Game: my sources of inspiration, and some of the unexpected and more lasting outcomes.

These are things I’ve read, played, or otherwise studied before and during the making of The Uber Game. I owe a huge debt of gratitude to everyone mentioned here: 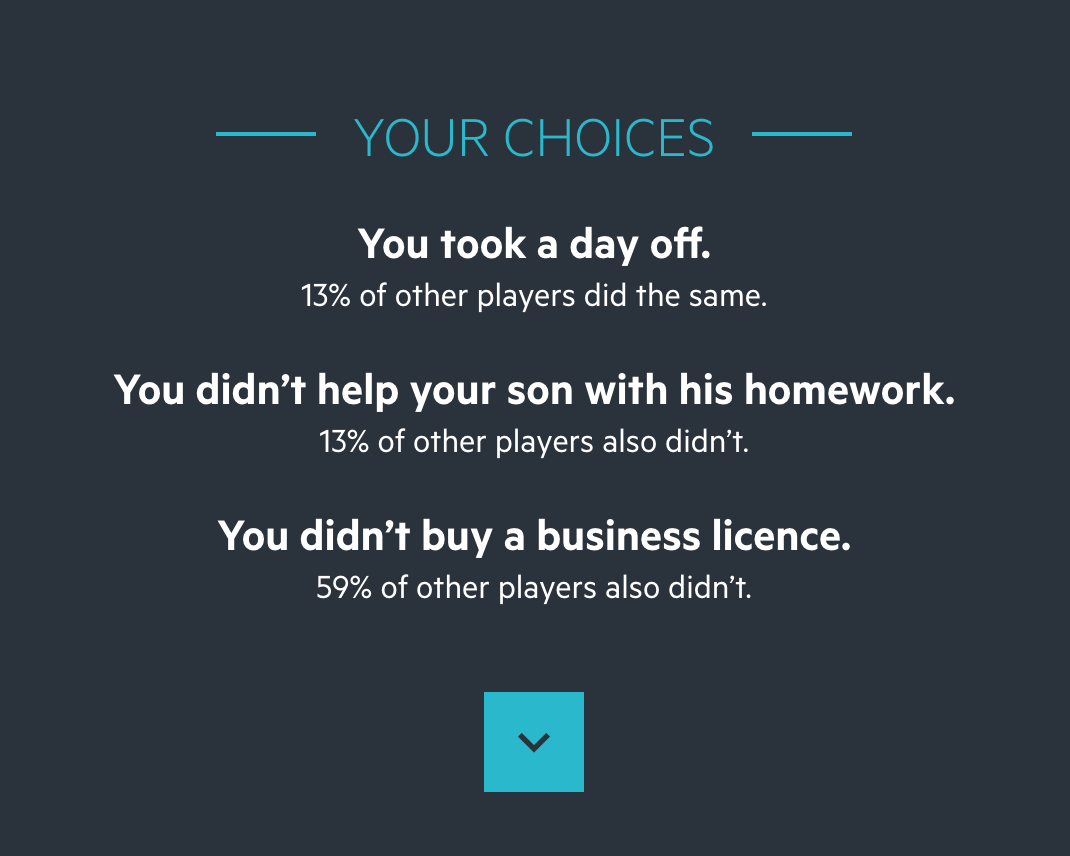 Beyond the pageviews and awards, here are a few things that have resulted from the Uber Game that I find particularly gratifying:

What’s next for newsgames

I believe we’ll see more high quality newsgames made as one-off projects. But I think there is still a long way to go before newsgames become an established news format, or a class of content like video or audio. There is a big difference between making one good newsgame because everything happened to have come together in just the right way, versus being able to do so consistently at a high level.

Compared to other formats, newsgames remain complex and expensive to produce. This makes it hard to find sustainable business models to support and scale it beyond one-off or passion projects.

Instead, I think there is much more potential in deconstructing games like The Uber Game or American Mall to find small, specific bits of game mechanic or technique that could be widely applicable, even in non-game-like pieces of journalism. For example, best practices in writing branching narrative can be applied not just to choose-your-own-adventure type games, but also to scripting audio assistants and chatbots. ‘Social’ feedback showing how your choices compared to others are already fairly widely-used in interactive news. There’s potential in bringing more best practices from the world of game design to the world of interactive journalism.

What to read next: How (and Why) the Financial Times made The Uber Game